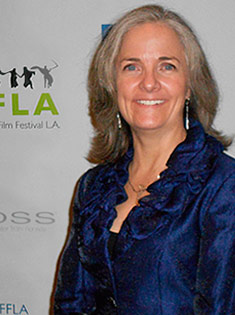 Alana is thrilled to be back with Film Artists Associates in Los Angeles, CA with Cris Dennis as her commercial rep and is no longer with Momentum Talent and Literary. Alana is happily still represented by Dennis Troutman at Option Model and Media in Portland, OR.

Alana was sad to leave Film Artists Associates as her commercial rep in LA. She and Cris parted on great terms as the descision was purely a logical business move. Alana is proud to announce that she has signed across the board with Momentum Talent and Literary located in Beverly Hills, CA. She is super excited to now have great commercial and theatrical representation in Los Angeles!

Alana is a proud new member of the Theatre 68 Company in Los Angeles, aka The 68 Cent Crew Theatre Company. Theatre 68 has theatres located at the NoHo Arts Center in North Hollywood and The Drama Book Shop in New York City.

Alana is proud to announce that she now has new Commercial representation. Her new agent is Cris Dennis of Film Artists Associates!

Alana and her manager Debra Manners have agreed to part ways, so Alana is now seeking new theatrical representation and is excited about the new possibilities just around the corner in this new and exciting year!

Alana is very pleased to be once again be working with her old agent Dennis Troutman of Option Model and Media as her local agent in Portland, OR. Alana had the pleasure of auditioning for NBC's Grimm within a week of their renewed agreement.

Alana is excited to now be represented commercially by the Arete Talent Agency.

Alana is now be represented by Debra Manners Talent Management.

Alana has just been cast in an exciting supporting role, in David Sauers' upcoming thriller “The Legacy of Avril Kyte” which is currently in pre-production. Check out the film's IMDB page.

Alana is proud to announce that she has been selected to become a member of The New American Theatre Ensemble in Los Angeles. She will be attending Studio classes held by Jack Stehlin, Alfred Molina, Bob Cicchini and Jordan Lund. She now has the opportunity to be cast in their 2013 stage productions, once they are announced.